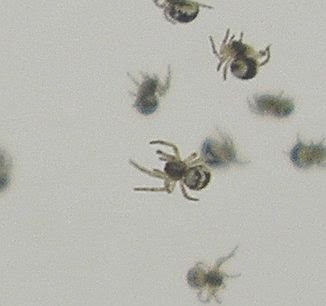 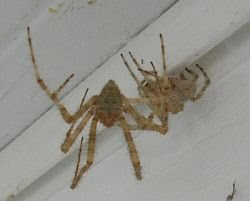 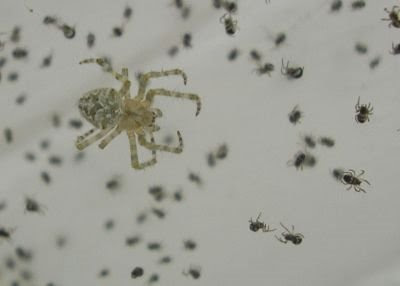 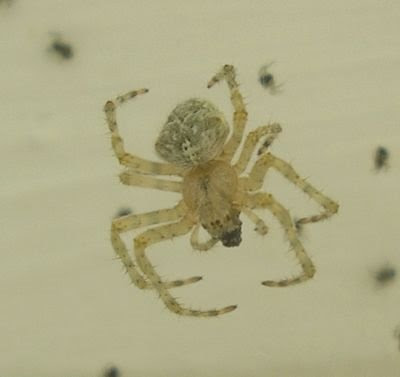 Did I say "end of an era"? Well, maybe not. I didn't manage to move them all (a couple were well hidden), so maybe after everything settles down, I will once again be sharing the front porch with a couple of these beautiful spiders.
Posted by Pamela Martin at 5:38 AM

Good luck with the porch renovations. It's good to see you blogging again.

Thanks, Crafty. I'll be very glad when the new ceiling is up--I never realized how much the ceiling protected the porch from the heat until now, especially now!

It's good to see that you have resumed posting.

Great piece about the spiders, Pamela. The photos are excellent!

great picture of spiders, thanks for sharing

Who knows where to download XRumer 5.0 Palladium?
Help, please. All recommend this program to effectively advertise on the Internet, this is the best program!

I don't like spiders, eventhough I have to admit that they have quite a sad life story… who likes a spider web above the door, or near the window? Basicly when we destroy their net we don't realise that a spider put some work into creating that web.